Well as I said in my last post it has been a very busy couple of months, both for me personally and for our country!!

Lets see how our country has been busy. Some of you, for starters may be wondering why the cute and cuddly image of a pink care bear above has been tainted by the bomb in its hand and the giant ‘A’ for ‘Anarchy’ on its belly?! Well I thought it was a fitting analogy for what some of the events that have recently taken place in our country can be likened too!!

Firstly, our Government, currently the Labor Party are in *power* being led by the infamous Julia Gillard. Is it just me or did this party recently become more of a circus side-show act than they have ever been?! Watching the news reports over and over again about the party experiencing internal discord and leadership challenges was for me, incredibly embarrassing!! It was like watching a group of little kids arguing and saying “no, everybody likes me better, so we should play my game” Hhhmmm shame shame shame all the Politicians need to grow up and set a better example to the members of society, that they are leading, not squabbling!!! So back to the bear, Julia reminds me of the bear, feminine, slightly, strangely adorable, (perhaps because she’s the first female Prime Minister we’ve ever had or perhaps cause she’s a ranga, yep I secretly love them too!) and so like the bear, cute, yet somehow exuding the energy of someone who potentially is (whether it be directly or indirectly) in sighting some sort of disharmony or anarchy even within her own party!! Interestingly enough despite our governments constant bickering within the parties and between the parties it is satisfying to reflect and note that our country comparative to the rest of the world has seen great economic stability whilst others have come crashing down!! And yet we as a nation watch our leaders fight and berate each other with predictions of doom and gloom if they themselves are not in power!! Maybe the politicians will only be happy if the country falls into a nation of Anarchy…… 😉

The above YouTube Video was uploaded and circulated around two days after the Mardi Gras when this incident took place, it went viral almost immediately. Watching it made me feel sick and disappointed in this particular Police Officer and I was genuinely disgusted, at what I perceived to be, as an obvious use of excessive force!! I made my opinions strongly known on my Facebook page despite several people I care about being in the Police Force. I didn’t care if I offended anyone because I hate violence, I’m a hippie at heart and any form of violence reduces me to tears. Yet this clip made me angry, it made me so angry I wanted the world to know that I supported this poor little whimpering kid in his gold sparkly shorts and that the Police Officer should be severely reprimanded!! I too, like Julia, had good intentions at heart but had become the *A* for Anarchy care bear!!!! I’m cuddly and sweet and love everybody, everybody that is except this horrible aggressive Policeman! I was not alone, a lot of my peers, who I perceive as peace-loving people, kind, intelligent, compassionate people were also shouting ‘hate crime’ from their rooftops and demanding justice for this ‘poor innocent’ boy who was brutalised at the hands of this Policeman!! Only two people challenged my very public opinion on the matter and I was confronted by these challenges publicly and unexpectedly……. those two people, Anne and Sean, I’ll always respect you both and be in awe of  the strengths of your personalities. It seemed like everyone I knew agreed with me and that this man was the victim of excessive Police force and there was a trial by society brewing that this Policeman should be dealt with and discharged immediately.

The above link shows a snippet more of the full picture of the circumstances surrounding the incident in which this young chap was arrested and thrown to the ground. Its interesting of course that this footage is incredibly hard to find and has had nowhere near the million or so hits that the previous footage that was first put on YouTube had as it went viral….. Turns out, after this boy agreed to do some media interviews,  that he knew he wasn’t behaving appropriately but he did think the Policeman was heavy-handed with him….. Further investigation and some not so widely spread news reports have confirmed that the boy was acting unruly and behaving like a public menace. One eye-witness later came forward to say that the boy was seen obstructing the path of an ambulance trying to get to a patient, that he was touching people on the backside that he didn’t know and then very publicly resisted arrest and tried to fight off several Police Officers while he was hand cuffed….. As I said, very limited footage showing this but there is some around!! And yet the general consensus of society was *FTP*……… Maybe we all secretly want anarchy so we can all go around assaulting each other and fending for ourselves……

I want to make it clear that I still think that the footage of the Policeman taking that guy down does look bad and in a perfect peaceful world (that I have created in my head) he would have gently lowered him to the ground and carefully restrained him (perhaps with a cuddle thrown in). The extra footage shown to me, the news reports displaying the boys behaviour and some cool people I know calmly explaining to me how it feels in those situations and the training they are given to deal with people resisting arrest has made me (very very red-faced!!) come full circle to say, I don’t want Anarchy…. Perhaps I want to be the care bear with the heart on its tummy……

Perhaps, for me to be able to live in a world where the idiots on the streets creating chaos and anarchy need to be dealt with appropriately, there may need to be care bears that are braver than me who can handle having to use a little force when necessary…….

Everyone in our country has their opinion on how things should be run and how law breakers should be dealt with, myself included. However if we are not going to actively involve ourselves in being the changes we want to see in our society then we have no right to sit back and create a trial by couch sitting critics…… If you don’t have the political knowledge to run the country and you don’t vote, then don’t complain about the leaders screwing it up!! If you don’t know the law and don’t/cant (because of your criminal history) work as a Police Officer then don’t judge unless you can show you can do it better!! 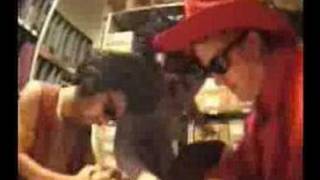 I espoused my opinion on the Government and the Police as though my opinion was the best and most accurate and then was forced again to reflect on my pompous opinions…….. Self reflection is often hard because none of us ever like to admit that we are wrong or look at aspects of ourselves that we might need to change, cause lets face it we all think we’re pretty awesome huh? I reflected on my opinions of the government and how the country is being run and my very public opinion on this incident with the boy and the Police Officer because of a few recent incidences I experienced myself whilst at work. I was in some situations that required me to use my own critical thinking on my feet and fast, decisions were made outcomes were good and yet opinions and judgements were flying left right and centre. My pride was hurt and I couldn’t understand why people weren’t just telling me how awesome I was……….

Which means we do the best that we can, we make rash decisions in the heat of the moment with the best intentions, at least most of us do, and sometimes those decisions will leave people judging us. Criticising or critiquing our actions if you will and we can choose to react emotionally and hold onto that judgement or opinion and become resentful towards society or we can choose to use that information as a learning lesson. Arm yourself with the knowledge that others are trying to impart on you, learn from your mistakes or choices and move forward in strength.

KNOWLEDGE IS POWER!!!! Knowing all the facts and all your options will set you free and make you a better person (not care bear) 🙂

We truly live in a lucky country, Liberal, Labor or Greens, NSW, VIC, or QLD Police, I still feel lucky that we do not live in a war-torn country with Militia and Guerilla armies or corrupt Governments (for the most part)!!! 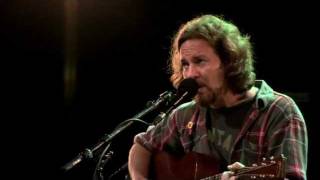